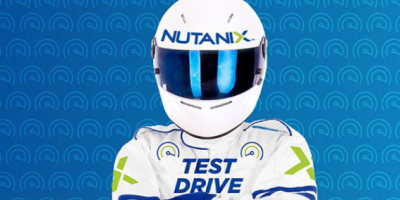 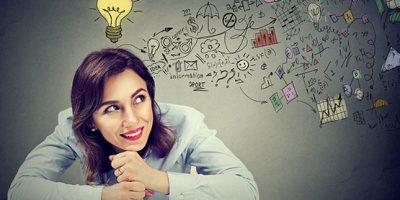 There is a greenhorn walking amongst all these Nutanix experts. He goes by the name of David and has chosen these turbulent times to join the Dutch SE Team. He’ll be posting a blog series sharing his experiences whilst getting to know Nutanix inside out.

In a world that tries to continue on digitally, two weeks have passed since my previous blog installment. It most certainly does have it’s advantages, as I’m starting to discover. Have I mentioned the perks of the cafeteria at home? They only serve food I like, serve all my favorite drinks and have daily cook to order deals. Most important of all, apparently it’s alright to kiss the cafeteria lady! And yes, I certainly made sure to double check that with my girlfriend. I’m gladly taking advantage of that one to it’s fullest extend.

All kidding aside, the home office is getting prioritized on the upgrade front. With our IT department not being physically available and not being able to fulfill hardware requests, it was either wait it out or spend a little. I’ve opted for the latter as the lack of having multiple screens and sitting at the dining table was start taking it’s toll. An unnecessary one too as we actually do have a dedicated home office. I simply hadn’t used it for years. For a day here and there the dining table was often the perfect spot to sit and work.

The downside of not having used the home office was that it kind of grew into an alternate storage area, as these things go. So we spend the weekend cleaning it out and splurged on some kit. Corporate IT not being involved allowed the nerd in me to go on a personal shopping spree. As I type this, I’m doing so from my brand new whopping 49″ monitor. It is incredibly nice and I’m extremely happy with it. Having dedicated space allotted as our home office also brings a little bit of a sense of normality to the whole situation.

On the Nutanix side of things, the focus is still on training and getting to know our products. I switched from what is known as the NuSchool to the Nutanix University. We certainly have plenty of learning platforms to choose from. With even more whitepapers, technical notes, blueprints, webinars, recorded seminars and boot camps available through various other platforms. I have currently embarked myself on the journey officially know as Nutanix Enterprise Cloud Administration in order to prepare for the Nutanix Certified Professional 5.10 exam. Progress is painfully slow, or maybe I’m just being hugely impatient with myself.

Part of the training program has been shadowing mass Dutch SE Blog content creator Michell, when such is possible. Michell has recently been promoted to Solution Architect DevOps, which certainly may not be a surprise for the readers of his blogs here. Michell is extremely busy with building a very nice ROBO deployment automation for a well known prospect and as such is often submersed in Calm. He has been able to take me along on a few customer appointments, be it digitally. It’s very nice to see him deliver his presentations at warp speed, as that is his regular speaking velocity. He packs twice the presentation in the same amount of time any one else would, without loosing the content. It’s impressive.

Michell took me through some hardware sizing as well, again for a real world client. And I even made a couple sizing’s myself due to Michell being occupied elsewhere, nothing major but it got my feet wet. Talking about getting my feet wet, today was the first time I got to do a first contact customer meeting, again digitally, with my sales counterpart Rick. Fully supported by a Desktop as a Service expert, don’t get me wrong, but still I was able to contribute to the meeting. Although Virtual Desktop Infrastructure and Desktop as a Service never have been my forte, it is nice to be working for the company that creates the leading VDI backing solution. Especially when the technology is being called on as it is currently.

In the mean time the Dutch SE Team has been pretty sociable active without performing any physical social interaction by using the social media tools available to us all. For example this blog has been getting lot’s of attention and fresh content from our entire team. We’ve setup a schedule which intends to release two blogs a week, on Wednesdays and Fridays, so be sure to check back here regularly. Virtual boot camps, in Dutch, are free to attend, and offer instructor led hands-on technical training, but do require you to register in advance.

Showtime! Co-workers and dwellers of this blog Matthijs and Bart have really gone for it though, they joined the digital world of showbizz. Better together, they started a daily show in Dutch on Twitch.TV which they named Nutanix Draait Door. A pun referencing a former popular Dutch TV show named De Wereld Draait Door which used to have a host named Matthijs as well. Daily episodes can be joined live on workdays @11:00AM CEST, live interaction is possible and encouraged through the chat. Reruns are archived and also uploaded to Youtube. They are producing some entertaining quality content situated in the Nutanix world. Most certainly recommended to give them a try, be sure to pester them over the chat! Matthijs especially likes to be complimented on the shirt he’s wearing.

As you may know the biggest yearly local Nutanix event named .Next on Tour event was cancelled due to the outbreak of COVID-19. Better safe then sorry, but a setback nonetheless. The event organizers didn’t sit on their laurels though, they reworked the event and agenda into a digital version of the event under a brand new name. The all digital event has been dubbed the Nutanix Now Live Digital Event Experience. The three hour event is packed full of presentations by Nutanix it’s most senior staff including our CEO Dheeraj Pandey, CIO Wendy M. Pfeiffer, CCO Tarkan Maner and SVP Marketing Monica Kumar. These are some gifted speakers that often produce inspiring content. The technical side of things is certainly not forgotten with plenty of technical sessions as well. It’s a promising, jam-packed agenda. I’m looking forward to it.

Take it easy, or as they say in German; entspannen sie sich,
David

Continue reading the next installment in this series titled Greenhorn Egged.